“May ended as if March never happened. It was gone too soon along with the memories of the past summer. How I vividly recall the embracing cold winds of the North summed with the restless cramming for the exam. The face of innocence turned slowly into an illusion of a perfect future. But this time – it is totally different, I learned enough just to be carefree and touristy – did I?”

Let us start this journey then. =)

Just 2 hours away from home, another foreign island is waiting to be discovered. It is evident however that international flights from the Philippines are scheduled late at night via Cebu Pacific – and this is no exception.

First thing we did upon touchdown is that we looked for the bus terminal that’ll be heading to the Taipei Main Station. Details and reviews of our stay is shown below:

Day 01: This weekend getaway started at the Taipei 101 Observatory. Ticket booth and entrance is located at the 5th floor of the Taipei 101 Shopping Centre and one general ticket costs NT$600 (PhP995)*. From the 5th floor, you’ll experience the 37-second “Guinness World Record high-speed elevator” ascent to the 89th Floor – don’t worry, I haven’t felt anything odd whilst inside, so I attest that it is safe =)

Somewhere others might not know:  a) from the 89th floor, use the stairs to go down to see the Big Wind Damper: it is a 5.5 metre diameter, 660 ton weight suspended within the building to offset the force of wind and help the tower stand upright or b) go up to see the Outdoor Observatory, however, this is only open on favourable weather conditions and here you will see the a clear view of the skyline. 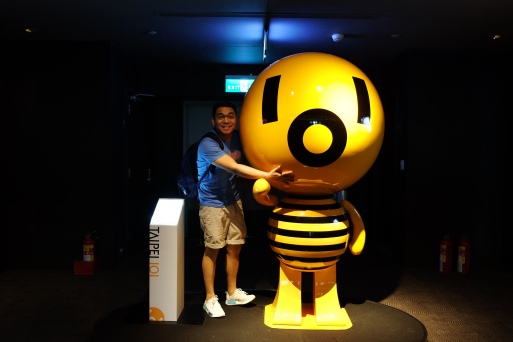 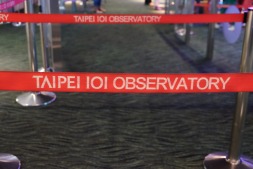 * Be vigilant for discount tickets attached at selected travel brochures or cheaper rates through online retail sites such as Klook: https://www.klook.com/activity/1659-taipei-101-taipei/?aid=186

How to Go There?

Regardless of where you are, just follow the Taipei MRT Rapid Transit Subway tracks and you’ll never get lost. It is very efficient, easy to navigate, and it is interconnected to other lines serving most areas of Taipei. One-Day Pay ticket which is valid for unlimited travel for one passenger on the Taipei Metro costs NT$150 (~PhP250). However, I will recommend using EasyCard as it can be used as a prepaid card (same function as that of Beep card) and can be refunded for any unused balance; the gist is we weren’t able to consume NT$150 in a day.

Taipei 101 (World Trade Center) is in the red legend, Tamsui-Xinyi line. It is just 7 stations away from Taipei Main Station, which is my starting point, and it will only take roughly 20 minutes.

You can also download ‘TP Metro’ app for an online map of the Taipei Metro.